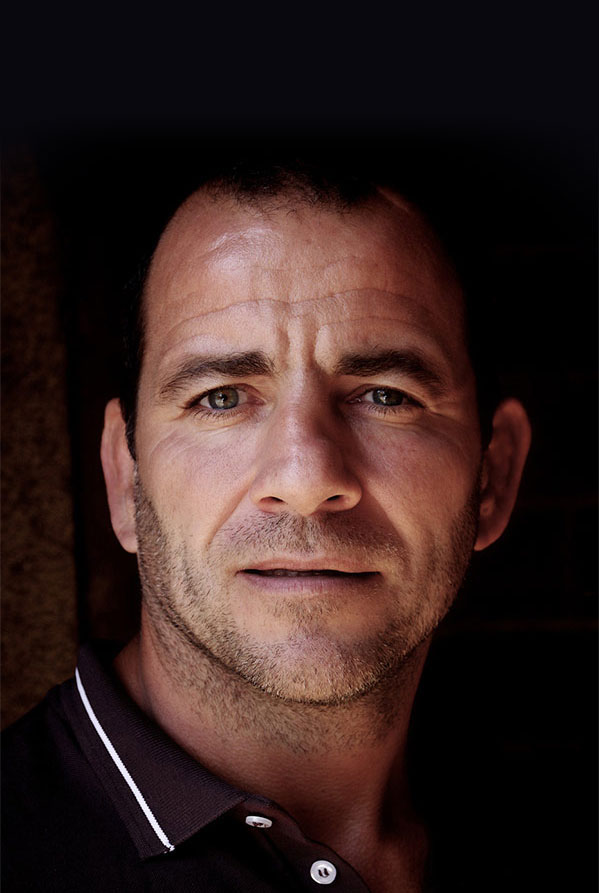 Representing the sixth generation of Vicard Coopers, Jean-Charles Vicard is not only a cooper, but also a vigneron and a devotee of enology. His life has always been shared between wine and wood.

A former professional rugby player, he learned from the world of elite sports the meaning of commitment, team spirit, and an appetite for challenges.

As Chief Executive Officer of the Vicard Group, he is also the source of all the group’s technological innovations.

Under his command, the business expanded, diversified and began exporting its products. He delegated the management of the Vicard Group to his sons at the end of 2002.

As founder of the Cognac Cooperage School, Mr. Vicard still enthusiastically shares his long experience and vast knowledge of his craft with the apprentice coopers.

Several key dates mark decisive changes which have made the Vicard cooperage one of the global leaders in its field:

Paul Vicard (Jean’s father) founds the Vicard cooperage, situated in a small workshop in the centre of the town of Cognac producing around ten barrels a day.
Jean Vicard wins the title of France’s Best Craftsman.
Creation of the 'Vicard and Sons' cooperage.
Jean Vicard invests in a site outside of the town centre. The first buildings appear, production increases to 35 barrels a day, with a storage area for wood drying spread over a three hectare plot.
The Vicard cooperage exports its first barrels (Italy, Greece, Germany). Production launch of the 225 litre ‘Bordeaux Transport’ and ‘Bordeaux Ferré’ barrels. Production exceeds 60 barrels a day.
Jean-Charles Vicard formally joins the family business.
Creation of a new ‘Wood Preparation’ workshop to separate milling from barrel-making. Production increases, exceeding 100 barrels a day.
Implementation of the ISO 9002 Certification, guaranteeing production quality and strong organisation. Implementation of the first organoleptic analyses protocols.
Creation of the ‘Merrains de France’ stave mill in the Moselle, beginning the strategy of self-supplying.
Creation of the vicard group and first toasting workshop using technology developed especially for automated fuel supply
Research into a new milling and barrel-head assembly process and patenting of the ‘Rabbeted barrel-head’ technique.
European patent approved for ‘Self-clamping rabbeted barrel-heads’. Implementation of digital technology for the ‘Wood Preparation’ workshop.
Jean Vicard delegates management of the Group to the fifth generation of coopers, now represented by Jean-Charles Vicard.
Complete reorganisation of the production site. Implementation of the high technology toast system (molecular cooking).
Expansion of the lumberyard by two hectares. The VICARD Cooperage becomes one of the largest single-site cooperages in the world, stretching over fourteen hectares, with eight hectares of lumberyard. The toast workshop is totally computerised.
After two years of research, Vicard launches the first tannin potential “Esprit de Dryades” barrels, which will later make up the “Vicard Generation 7” range.
Installation of a new toast room. After years of refinement, the molecular cooking process is perfected. Launch of Esprit de Dryades in the USA (that will become later Vicard Generation 7).
Launch of the Vicard Generation 7 range in France.
Launch of the ECO range, ecological barrels produced using irregularly sized staves or wood taken from above the tree’s usual merchantable height, a rare practice in cooperage.
The molecular cooking process is even further perfected. The tool’s precision allows for innovative toast profiles to be created (eg. gradual toast)
New system for verifying barrels’ watertightness (low pressure water vapour pumped inside the barrel to check watertightness). This new process enables a saving of more than 20 litres of water per barrel produced.
Launch of the weOAK® brand (alternatives products) and creation of Vicard USA, new american subsidiary
Introduction of a new premium toasting range in order to respond more effectively to our customers’ expectations. Creation and launching of the Eggonum, the first oak and steel vinification egg.